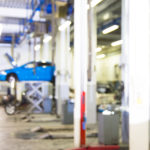 January is traditionally a month of new beginnings.  New diets, new goals; a fresh start to do things better than we did in the year before.  Now is the perfect time to look at your dealership’s financial health and see what changes you can make today to outperform the prior year.   The service department, with its traditionally high volume and high profit margins, is one of the best areas to take a closer look at how to drive more revenues straight to your bottom line, and one of the greatest opportunities is within your hourly labor rates. Here are a few changes you can make now to start the new year with stronger results: 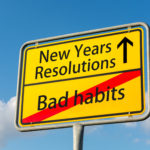 Team meetings are an excellent way for staff to collaboratively discuss upcoming projects, expectations, individual initiatives, and team goals.  Operational departments are known to meet regularly, with the vehicle sales department often in the lead, but what about your back office?  Are they taking the time to communicate as a team and improve their performance?  The flow of executing tasks and reaching goals set forth for a team are better accomplished when clear communication is established, and everyone is on the same page. The end of the month can be quite chaotic, so, having a staff meeting every month, or more frequently can be very beneficial during the transition between closing and beginning a new month. The goals for each month fluctuate based on the level of activity, and the sales volume, which also means, the plan of action should be appropriately adjusted for everyone to hit the ground running, and in [...]

Neglecting a Small Task Now, Will Turn into a Big Task Later 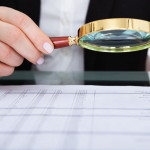 Have you ever had so much clutter around, you couldn’t identify something right in front of you? It became lost and camouflaged in the shuffle. Or, maybe you lost something and didn’t realize it was missing until you had a reason to look for it. High volume dealerships are more likely to have irregular balances in their accounting schedules. If these schedules have not been reviewed, researched, and reconciled routinely, and in detail, they are more likely to have a significant and costly mess to clean up later. As tedious as this task may seem to some, we can’t stress enough the importance of having a reconciliation process high on the list of the accounting department priorities. Schedule reviews and account reconciliations should be at the top of the “To Do” list, at a minimum, on a monthly basis. For best practices, we recommend making it a habit of reviewing schedules when [...]

Virtual and Personal Connections – Both are Vital 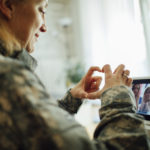 Many dealerships and businesses, in general, put much focus on reaching consumers and maintain relationships from a digital platform, considering the importance of the new generations and the heavy usage of social media and online buying. This marketing method is essential for consumer outreach and retention; however, not all consumers are tech-savvy, nor do they prefer that method of contact. Understandably, having the ability to reach a mass amount of people at once, the digital platform is integral in that respect. Still, I also encourage you not to lose some of the traditional ways of connecting with people who are less likely to be reached virtually and appreciate a more personal experience.

From my most recent car buying experience, I received more than just an email, text, or automated salutation thanking me for being a valued customer and asking me for a survey. On the day of my birthday, from the dealership [...]

A New Year’s Resolution that you can keep starting NOW. 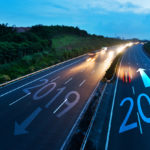 Let us help you start the new year with a bang.  While best practices are recommended all year round, a great time to review your balance sheet’s health is right before the beginning of the New Year and be positioned on the right track with a few simple guidelines. We believe these five steps are fundamental to ensure a fresh start in 2020: 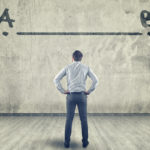 No matter how successful your dealership has performed every year, it is best to reevaluate your goals for the year to come. Even the best can get better, and there is always room for growth. Trends and technology tend to change, and consumer expectations grow, and so does the competition! Understand, when you come up with an idea; there is potential that someone may already have that idea as well. Think of what will set your operation apart from others. Think like a consumer. What makes you enjoy your shopping experience, and what would you like to see more of? What do you experience in retail and customer service environments that you would prefer NOT to see in your dealership?

The blueprint you want to start mapping out your plans for 2020 should include:

It’s no Holiday when employees’ responsibilities are limited to one individual. 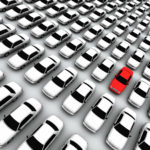 I’ve noticed certain reoccurring patterns in many of the dealerships I’ve had the opportunity to visit. There always seems to be that one particular, heavily relied upon individual who tackles certain tasks. No one else would even dare to complete the tasks and responsibilities of this individual if they went on vacation. Instead, they would opt to let the work sit and wait for the employee to return. While under many occasions this can be completely innocent with no ill will, more often than not, there can be major risks associated with this. Many of the cases of embezzlements I’ve encountered have often been linked to job responsibilities that are specific to one employee. The dealer’s losses become compounded and can extend for longer periods of time because no one checked or picked up the tasks of this individual.

We discovered an instance of this during one of our internal audits. A [...]

Do you provide the right tools to help your employees succeed? 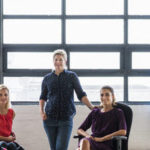 “The Peter principle is a concept in management developed by Laurence J. Peter, which observes that people in a hierarchy tend to rise to their “level of incompetence.” In other words, an employee is promoted based on their success in previous jobs until they reach a level at which they are no longer competent, as skills in one job do not necessarily translate to another.” Wikipedia contributors. (2019, October 17). Peter principle. In Wikipedia, The Free Encyclopedia. Retrieved 16:09, November 5, 2019, from https://en.wikipedia.org/w/index.php?title=Peter_principle&oldid=921730712

In the automotive industry, where the turnover rate can be higher than desirable, one of the most critical functions of a dealership relies on the Controller. It is too often we see Office Managers or Controllers discharged or resign from their position due to lack of preparedness, incorrect skill set, lack of caring, or worse. Unfortunately for some, in a place of hierarchy, they may have been promoted to that position from [...] 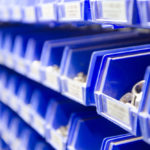